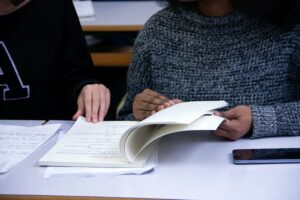 I had the opportunity to take part in a webinar last week with CCSSO and the New Hampshire State Consortium on Educator Effectiveness (SCEE) team. The NH team lead presented a problem of practice for consultation. In the process, she was asking great questions about the roles of principals in her state, especially in relationship to teacher leaders. END_OF_DOCUMENT_TOKEN_TO_BE_REPLACED

[box class=”grey_box”]By Deanna Hill, Circe Stumbo, Kathleen Paliokas, Deb Hansen, and Peter McWalters. This draft discussion document was written on behalf of CCSSO’s Interstate Teacher Assessment and Support Consortium (InTASC) as a companion document to Model Core Teaching Standards: A Resource for State Dialogue. Disseminated at CCSSO’s 2010 Summer Institute, it was written to assist the organization’s influential network of chief state school officers and the education community as they make decisions about standards adoption and implementation.[/box]

The current effort to establish common core standards for college and career readiness for the nation’s public schools seems to suggest that the central need for reform in U.S. schools is to establish fewer, clearer, higher standards for what children should know and be able to do. That to do so will better prepare our children to compete in a global economy.  That such, combined with appropriately aligned assessment and instruction, would serve to raise the performance of schools, effectiveness of teaching, achievement of students, and the stature of the nation globally. Such conjecture, after decades of states and schools failing to prepare significant groups of students to be competitive in our own national economy, echo the dominant claims of meritocracy, race neutrality, objectivity and color-blindness of which we all should justly be skeptical. We needn’t be reminded that these failures are most prominent with our students of color.  Eliminating the racial disparities in the experience of students of color in our public schools has been and remains the country’s central challenge for school reform.

Race has been a salient aspect of life in the Unites States since its very beginnings. As a standard in the robbery and annihilation of its indigenous peoples and as a concept to buttress the values, beliefs and practices to transport, enslave, and oppress another, racism is endemic to our nation’s institutions, public and private, not the least of these being our system of public education. As we now embark upon yet another movement to set standards, and I am bound to ponder how and why our nation’s educational leaders would again ignore the historical and contemporary context in which we undertake such an initiative. To convene, outline a process for, and develop standards, standards that do not recognize nor address race, culture or difference, standards developed it seems as if we – in the year 2010 no less – “took for granted that white supremacy had to be maintained” (Bond, 1935), is indeed a standard demonstration of the structural, systemic racism that plagues our global integrity and competiveness. It should not go without also mentioning that the performance of the very majoritarian targets (colleges and careers) we believe all our students should be ready for is and has been poor, at best, when it comes to enrolling, graduating and employing students and workers of color.

The effort to establish common core standards, construct multiple measures and design individualized instruction for a nation of such racially, culturally, linguistically and experientially diverse students and to NOT recognize, address nor even consider such plurality, should hardly be expected to bring about real and meaningful transformation of our education system to benefit all students. Race, ethnicity and language are central to what every person lives in our nation.  39 states, California, New York, Montana, Wisconsin, Mississippi, Tennessee and Washington among them, have funding, committees, standards and curricula requirements or other legal mandates to recognize, address and include the culture, heritage and contributions of our indigenous peoples (Native American Rights Fund, 2005).  The extraordinarily diverse population of our country and thus our schools would seemingly have to be a central consideration in the development of core standards.  The very thought that the development of common core standards has proceeded without deep, substatntive deliberations of race, culture, or differences raises question about our ideals.

So what is to be made of this current movement of standards adorned with politics, research, evidence-based and best practice? Perhaps we should consider the following wise admonition:

“Is the standards movement a quality control movement, as it is advertised, or is it a decoy for something else? We have been here before, with the standards movement. In fact, we reach a standards movement almost every three or four years. Some governor wants to manipulate the test score requirements or get a new test. Some president wants to manipulate test score requirements or get a new test. Somebody wants to change the standards of education, presumably as a way of raising the quality of schools and schooling and the achievement of children. I say presumably because I don’t think that I can remember a time when that was really the reason for having a standards movement. If you want to raise quality, then standards manipulation is probably the last place that you would start…..
I don’t care whether it’s a Democrat or a Republican who calls for it. Usually, when people put so much emphasis on standards as a school reform tool, it means that they want to look like they’re performing a reform effort, but they’re actually moonwalking. They look like they’re going forward but they’re going backwards” (Hilliard, 1997).