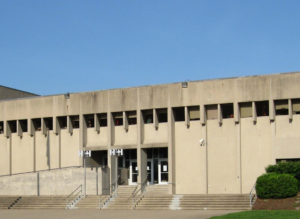 At West Wind, we are examining a relatively new concept: the “school to prison nexus.”

Mass incarceration has been widely researched, with well-known analysts (Alexander, 2010) and documentarians (Duvernay, 2016) identifying ways that both formal and informal structures have contributed to an explosion of prisons and prisoners in the US.  The Sentencing Project finds that, “[t]here are 2.2 million people in the nation’s prisons and jails—a 500% increase over the last 40 years. Changes in law and policy, not changes in crime rates, explain most of this increase.”  The Sentencing Project further finds that communities of color have borne the brunt of this explosion. “Today, people of color make up 37% of the U.S. population but 67% of the prison population. Overall, African Americans are more likely than white Americans to be arrested; once arrested, they are more likely to be convicted; and once convicted, they are more likely to face stiff sentences. Black men are six times as likely to be incarcerated as white men and Hispanic men are more than twice as likely to be incarcerated as non-Hispanic white men.”

As researchers and thought leaders have tried to understand the forces that contribute to disproportionality in prisons, the concept of the school-to-prison pipeline has been developing over the past twenty years.  The “pipeline” identifies ways that school disciplinary practices disproportionately steer students of color toward contact with the juvenile justice system and eventually the adult criminal justice system. For example, Slaughter-Johnson reports that, “[b]lack students represented 15.5 percent of the total public school student population during the 2013-2014 school year, but a staggering 46 percent of those with multiple out-of-school suspensions. It was estimated in 2017 that Latinx public school students were suspended from school every nine seconds. Native American/Alaskan Native students were similarly overrepresented among disciplined students, though at lower rates as compared to Black and Latinx: These students constituted 2.2 percent of those referred to law enforcement during the 2013 to 2014 school, despite representing only 1.1 percent of the public school student population” (Slaughter-Johnson, 2019).

For as powerful as the school-to-prison pipeline has been in explaining one route to unjust mass incarceration, critical theorists are developing a more nuanced concept: the “school-to-prison nexus.”  The notion of a nexus suggests that, instead of simply steering students toward incarceration, there are myriad practices that schools and prisons have in common, which condition us to see people of color as inherently dangerous and in need of constant monitoring. The implicit biases conditioned by the school to prison nexus can both contribute to and reinforce disproportionate outcomes (Gilliam, 2016; Kirwan Institute, 2015; Okonofua et al, 2015; Goff et al, 2014; McIntosh et al, 2014; Monroe, 2005; Skiba et al, 2002).  As Sojoyner (2013) puts it, “… in place of the articulation of the school to prison pipeline, what is needed is a nuanced and historicized understanding of the racialized politics pertaining to the centrality of education to Black liberation struggles. The result of such work indicates that … schools are not a training ground for prisons, but are the key site at which technologies of control that govern Black oppression are deemed normal and necessary” (Sojoyner, 2013, page 241).

As we investigate who we discipline in schools and why, we are asking questions about why we create rules that govern behavior, who we monitor the most regarding compliance with rules, and how we talk about students and their ability to follow rules and manage their own behavior. We see patterns of racial disproportionality not only in the hard data collected by schools but also in the sensibilities reported by teachers and administrators.

We do not engage in this line of investigation to cast aspersions on educators–quite the contrary.  Instead, we are working collaboratively with teachers and school leaders to uncover ways in which racial disproportionality might be baked right into our systems, with the goal of collaboratively working to change those systems. In our experience, educators are anxious to improve their practice and are looking for ways to better understand what is happening in their schools. We invite anyone who has similar concerns to join us in this work!

Kirwan Institute for the Study of Race and Ethnicity at The Ohio State University. (2015). Implicit Bias: State of the Science. Retrieved from http://kirwaninstitute.osu.edu/research/understanding-implicit-bias/.

Monroe, C.R. “Why Are ‘Bad Boys’ Always Black? Causes of Disproportionality in School Discipline and Recommendations for Change,” The Clearing House: A Journal of Educational Strategies, Issues and Ideas 79 (2005): 46